In 2016, video made up a majority of BuzzFeed's content views, surpassing article content for the very first time. The growth of video was attributed to BuzzFeed's video production team, which employs 200 Video Producers who shoot 1-3 videos per week. These videos were eventually published on BuzzFeed's Homepage, Facebook Pages, and YouTube Channels on daily biases to maximize views, shares, and subscribers.

There was no single source of truth about the videos shot by BuzzFeed Video Producers. They relied on third-party tools to store metadata about their videos, e.g., title, topic, description, cast and crew, files, and assets. This information was distributed across Servers, Google Documents, Google Spreadsheets, and Airtable Spreadsheets. The result was an inefficient workflow for Curators who were responsible for publishing videos on BuzzFeed Facebook Pages and YouTube Channels daily.
‍
Curators were unable to easily locate relevant videos in BuzzFeed's vast backlog to publish when a topical event was occurring. For example, publishing a video on "how to make pizza dough" on National Pizza Day. Publishing topical videos quickly can increase views and shares because there's news and interest surrounding it. Unfortunately for Curators, they needed to cross reference multiple third-party spreadsheets and servers to understand and locate the videos they need. 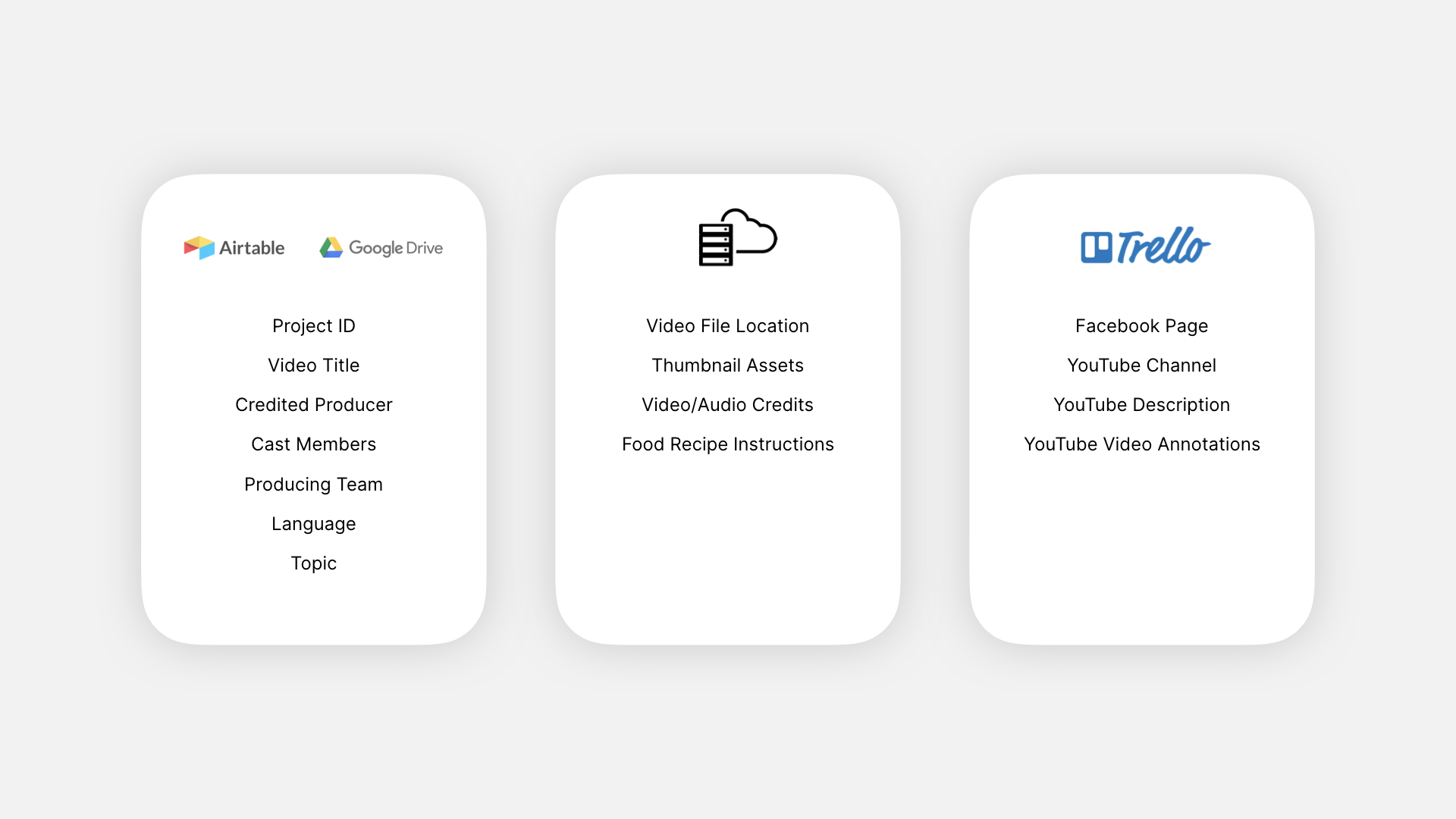 In 2016, a new video tools squad formed tasked to capture all metadata about a BuzzFeed video. I joined this squad as the sole designer, and in our very first meeting, discovered notable challenges:
‍ 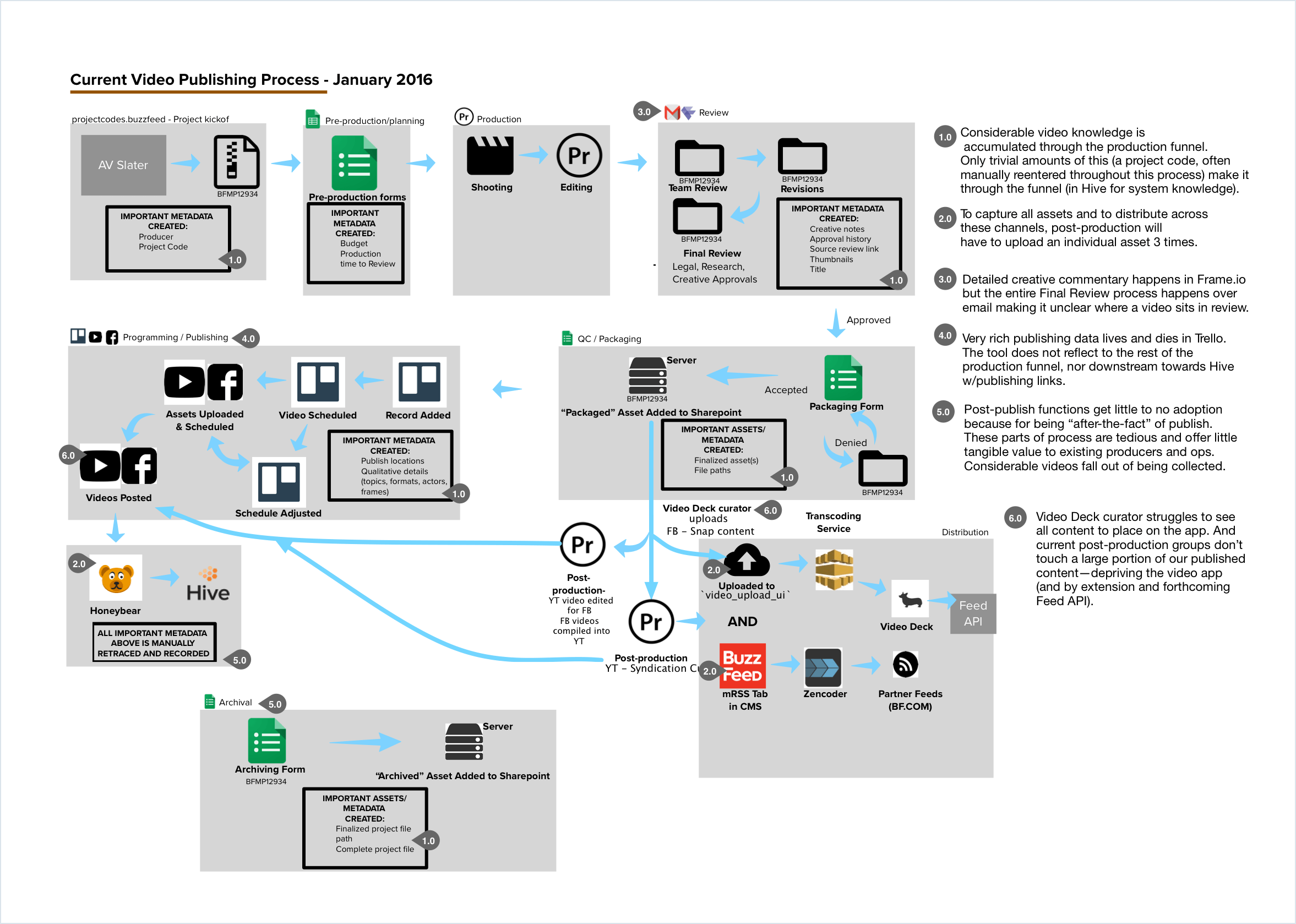 The first artifact given to the squad by video stakeholders to understand the video production workflow.

Because we had no familiarity with video production workflows before assembling as a squad. I conducted a series of remote interviews with Producers and Curators. Through my conversations, I was able to visualize how a video goes from conception to publishing into a journey map.
‍
The journey map not only identified the problem area but a new stakeholder that was also significantly impacted by the use of third-party tools. Quality Assurance Coordinators who were responsible for ensuring that Producers met requirements before a Curator can access and publish their video. QA Coordinators often find Producers not meeting requirements, causing a delay in the publishing of their video: 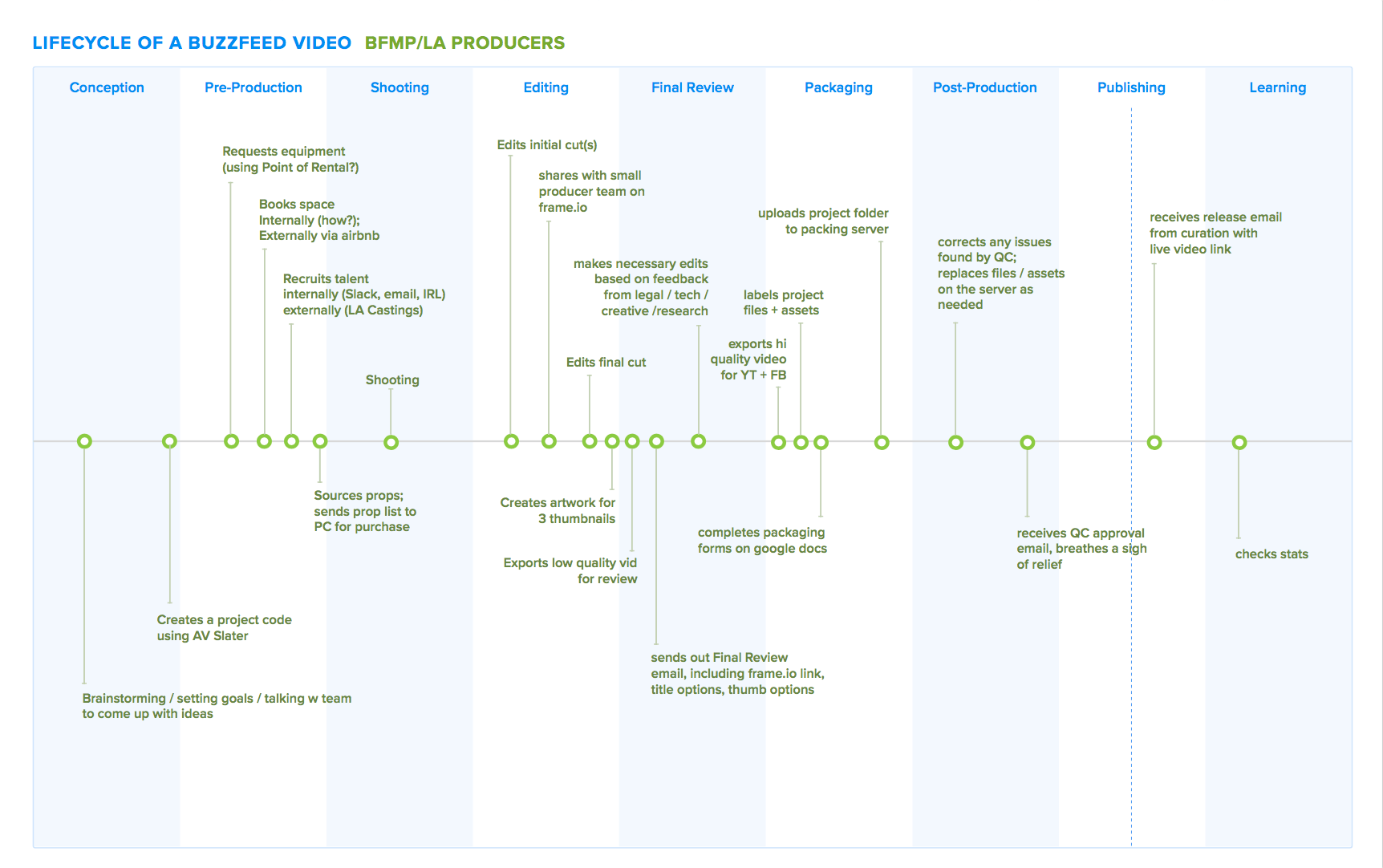 We identified the problem area for Curators and now QA Coordinators starts in the "Video Packaging" step. It's a two-part step that requires a Producer to organize their files and submit a Google Form to QA Coordinators for review before going to a Curator:

Step 1: Video File & Asset Collection
After editing their video, a Producer gathers their final video files and assets for Facebook and YouTube into folders and places them on a server so that QA Coordinators and later Curators can access them:

Step 2: Video Metadata Collection
The Producer then fills out a Google Form to request a QA Coordinator to review their video where they include the location of their files in step 1 as well as provide metadata about their video helpful for Curators:

Form submissions go to QA Coordinators, who locate the video files and assets on a server to ensure Producers meet requirements set by the BuzzFeed, Facebook, and YouTube to publish. Unfortunately for QA Coordinators, video packaging was a Producer's final step before moving on to their next video. Producers often fail to meet requirements in their haste to submit:
‍

The burden fell on 3 QA Coordinators to manually verify each submission, folders, files, and assets for up to 200 Producers every week. When a requirement was not met, a QA Coordinator would email or slack the Producer notifying them of their errors to address. Unfortunately for QA Coordinators, the Producer was most likely shooting their next video at an offsite location without access to their video files, causing delays and growing backlog for Coordinators.

I continued to interview Producers and QA Coordinators to understand their frustrations with the video packaging steps further. We went through an emotional mapping exercise to visualize the high and low points of their workflow. The exercise confirmed that video packaging was one of the worst parts of the process while also helping us discover additional problems and opportunities for later sprints: 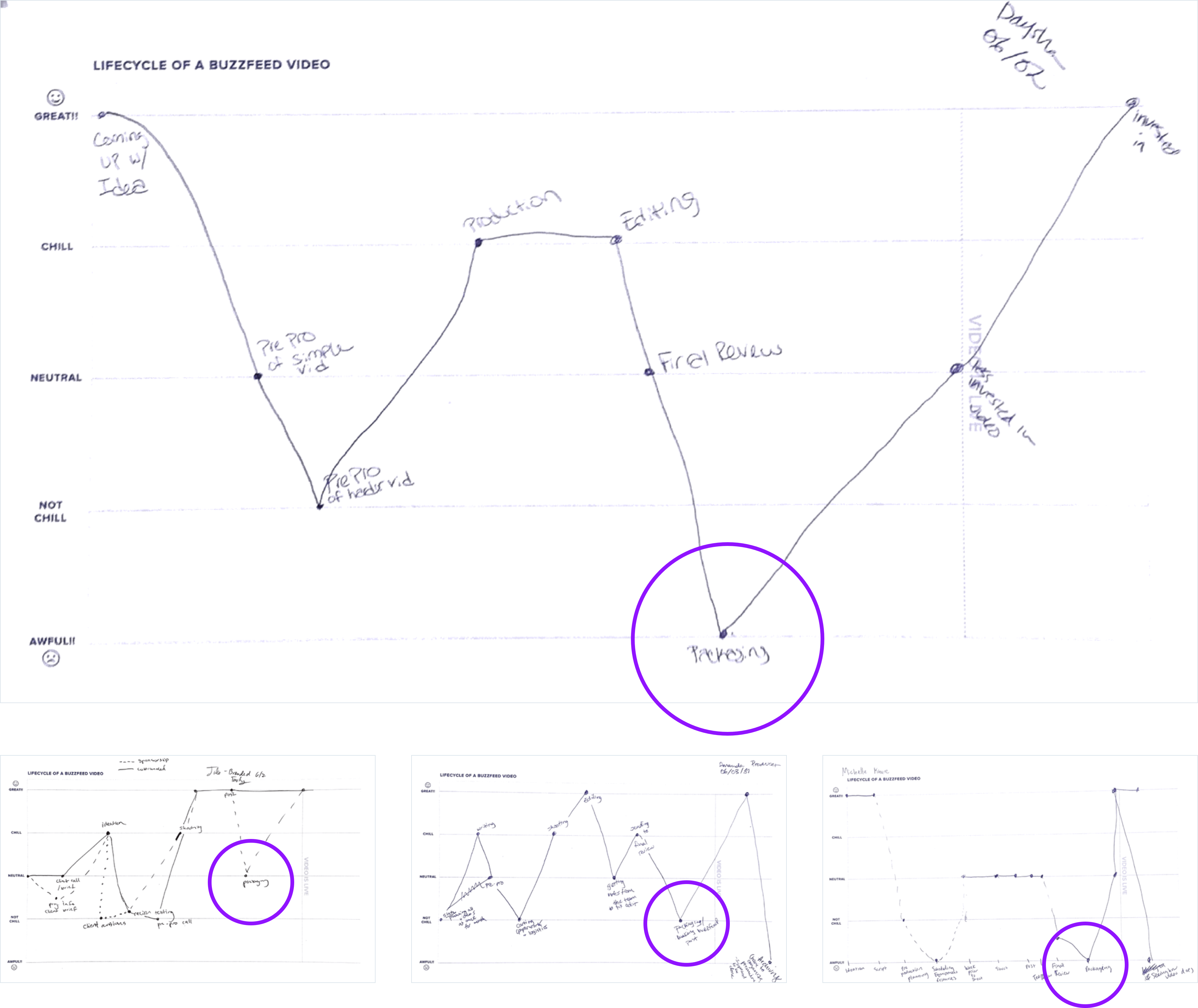 It became apparent after many rounds of interviews and research that we needed to create a tool that simplifies and enhances the video packaging workflow:
‍ 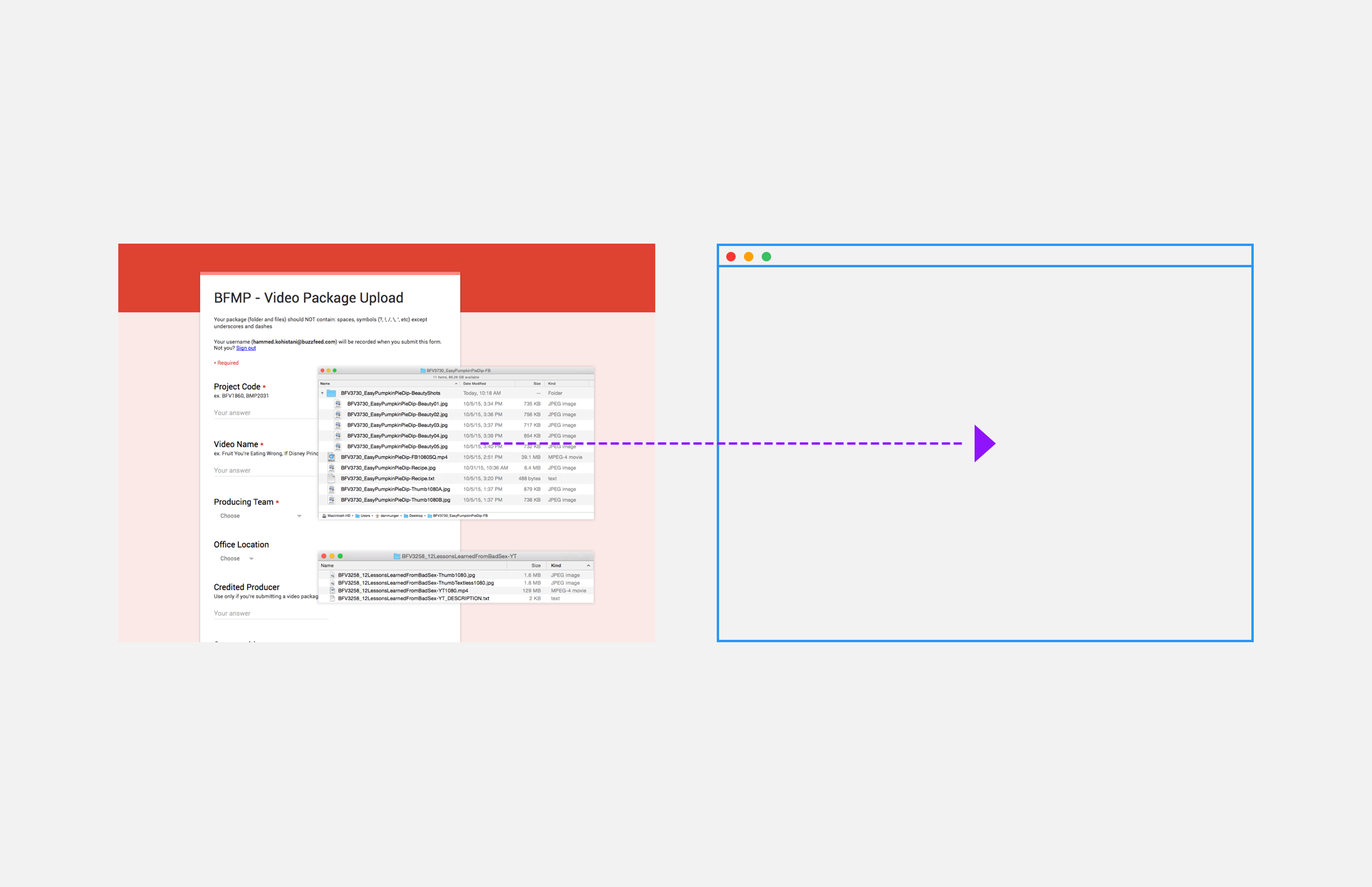 The first decision we needed to make before I began designing was how we were going to build this tool. Our squad comprised of one iOS Engineer and one Web Engineer, which meant we had to figure out a way to best utilize our resources. It ultimately came down to building a web application, or native mac application as all Producers at BuzzFeed are issued MacBook Pros.
‍
With a 60 day deadline and limited engineering resources, we chose to build this tool as a macOS application to allow our Web Engineer to focus on video metadata collection and our iOS Engineer to build the macOS app that collects and validates video files: 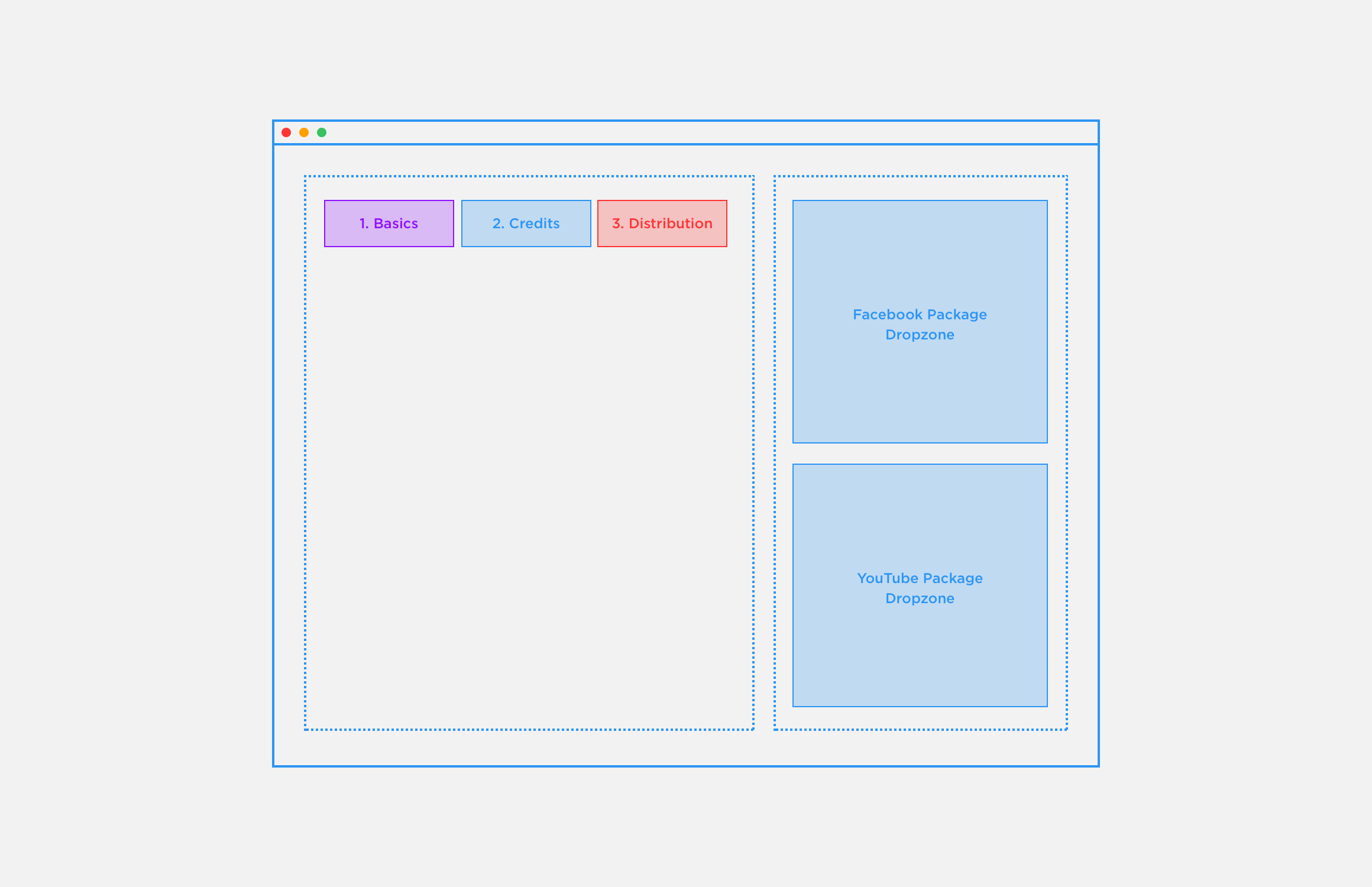 Working with my Product Manager, Web Engineer, and Video Stakeholders, we mapped out the essential metadata to collect from Producers. Collecting essential video metadata helps other BuzzFeed internal tools and teams down the funnel such as Curators find videos to publish when topical events occur quickly. I organized the metadata into sections to keep similar information grouped with each other and scalability as post MVP we were going to collect even more video metadata: 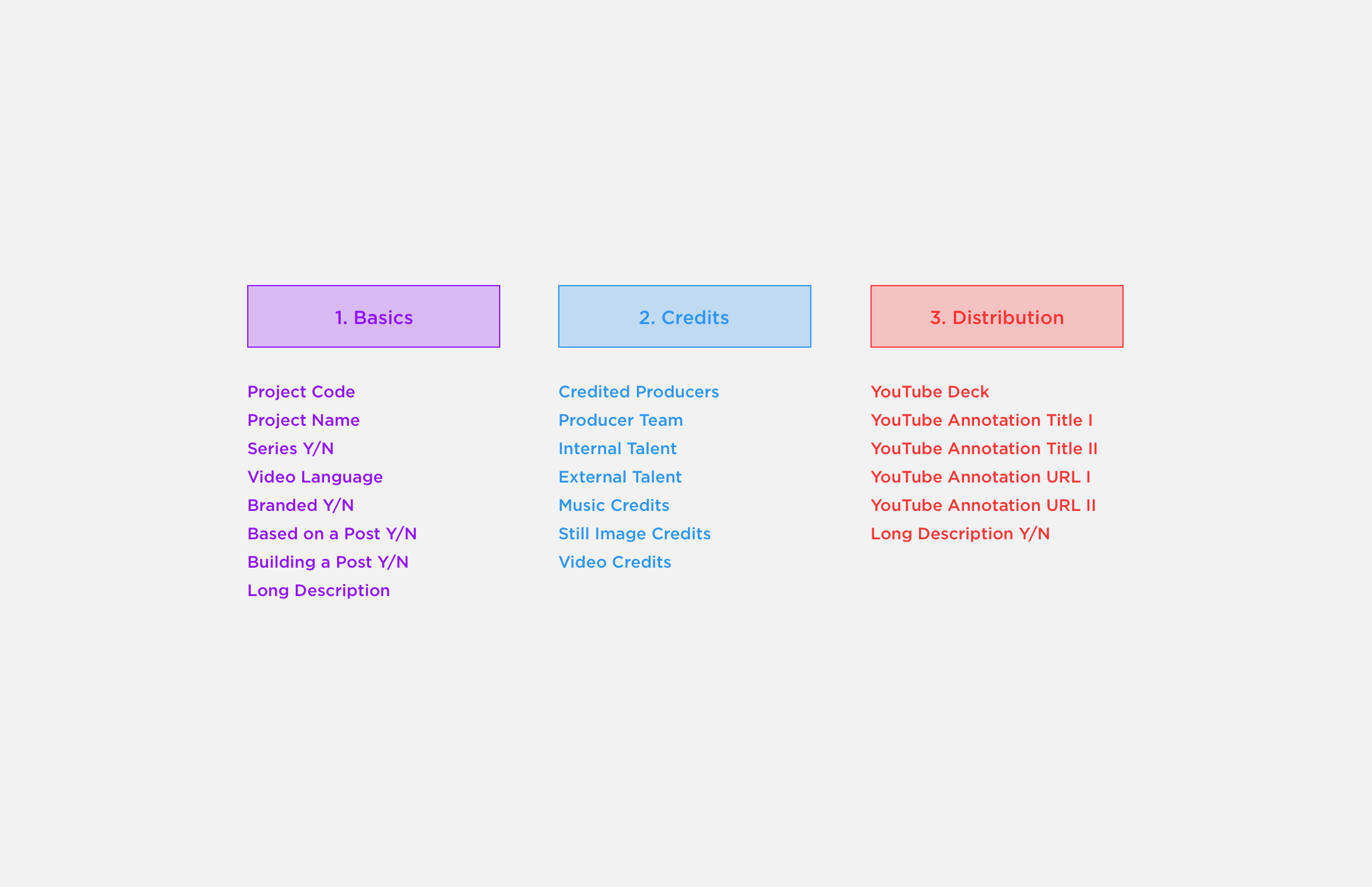 To ensure requirements were always met before a video was submitted to QA Coordinators, I designed input fields and labels that mapped back to Facebook, YouTube, and BuzzFeed requirements. Producers were able to drag and drop their folders to upload files and assets quickly. We took it a step further by automatically renaming files and assets during upload to follow naming conventions and notified Producers of errors to address before they can submit to QA Coordinators: 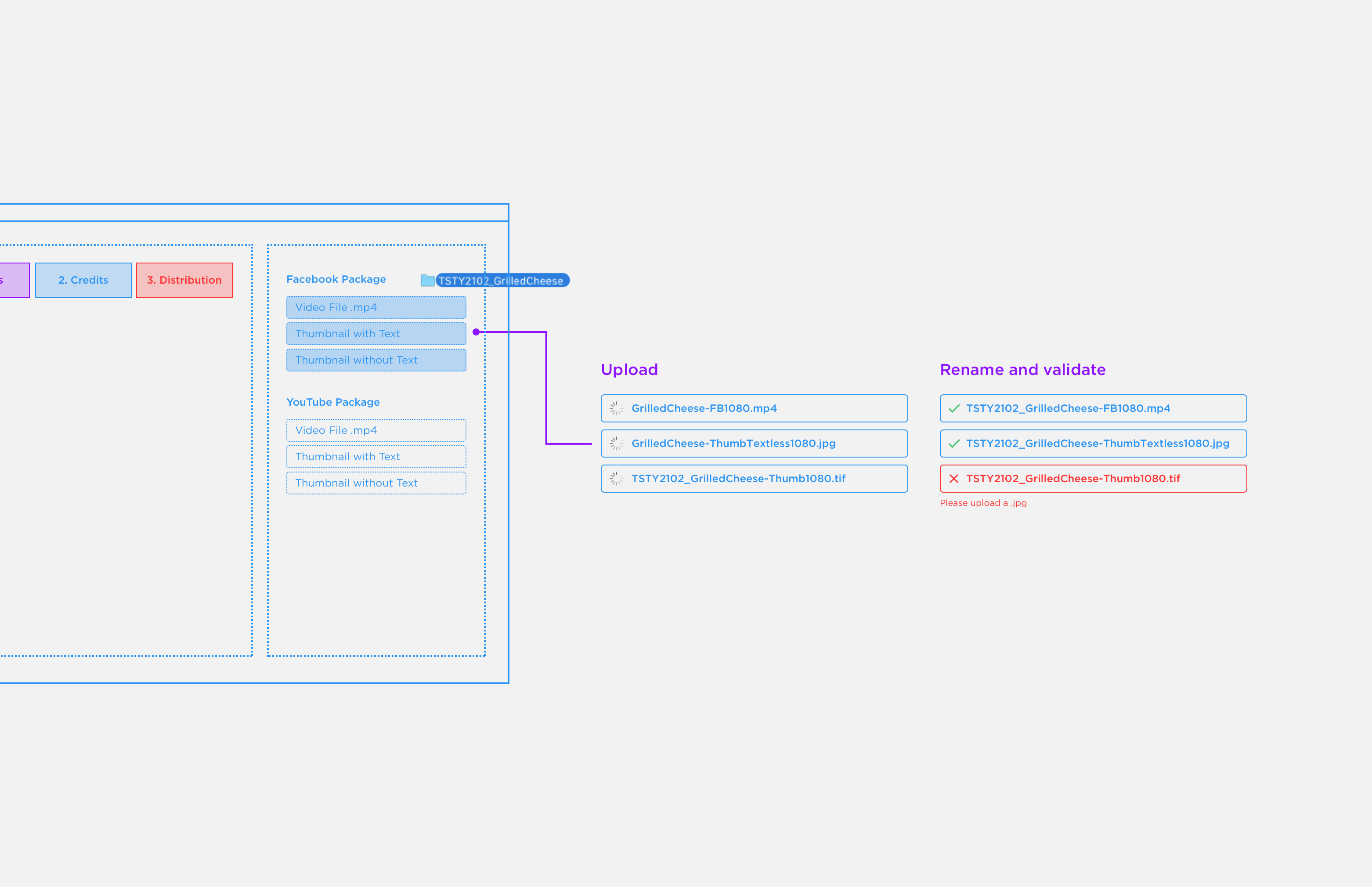 Within a 2 week sprint, I took my basic wireframes to high fidelity mockups that adhere to BuzzFeed's internal tools style guidelines. I went through many tweaks after rounds of usability testing with Producers to ensure terminology was correct and that packaging was intuitive. 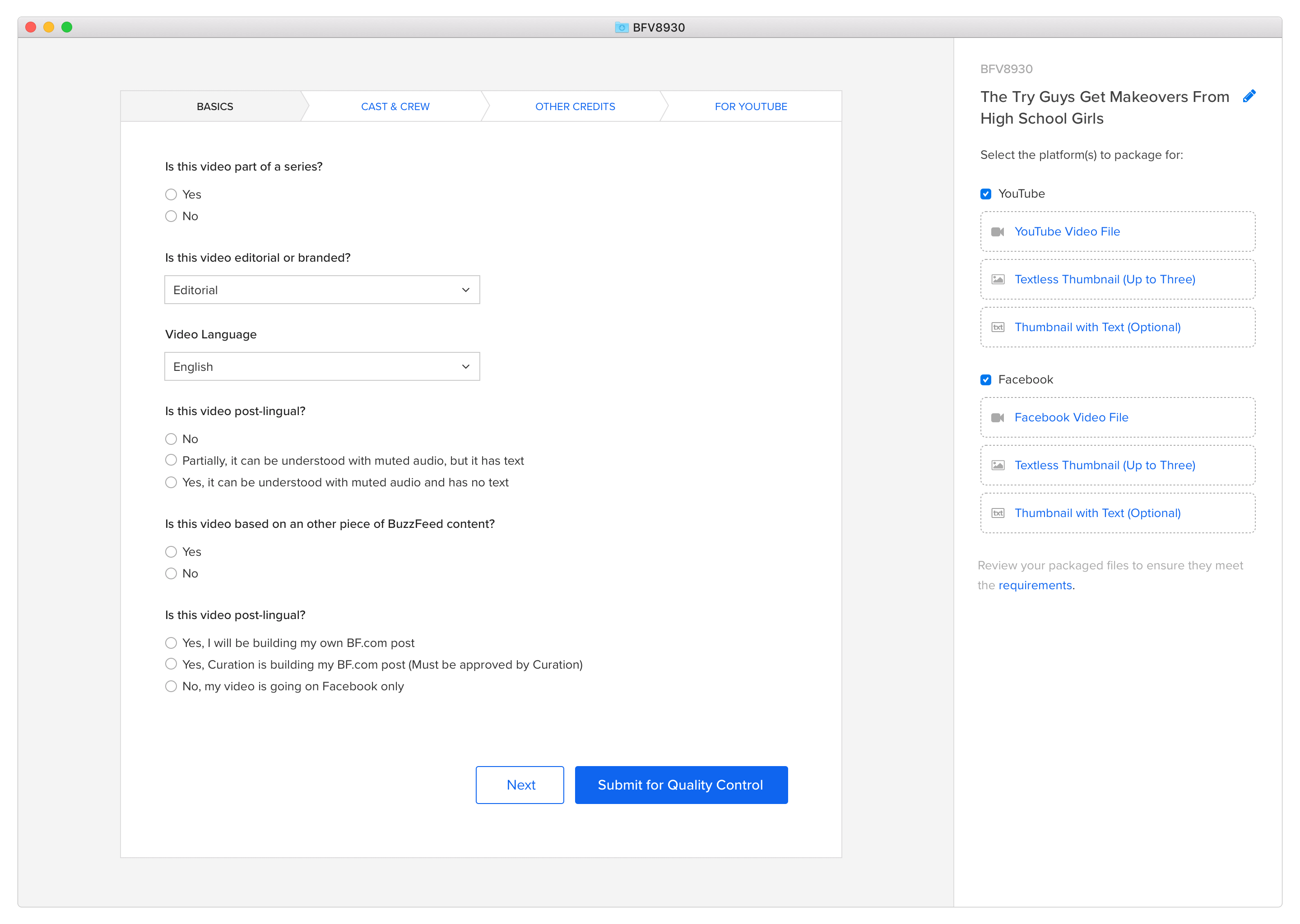 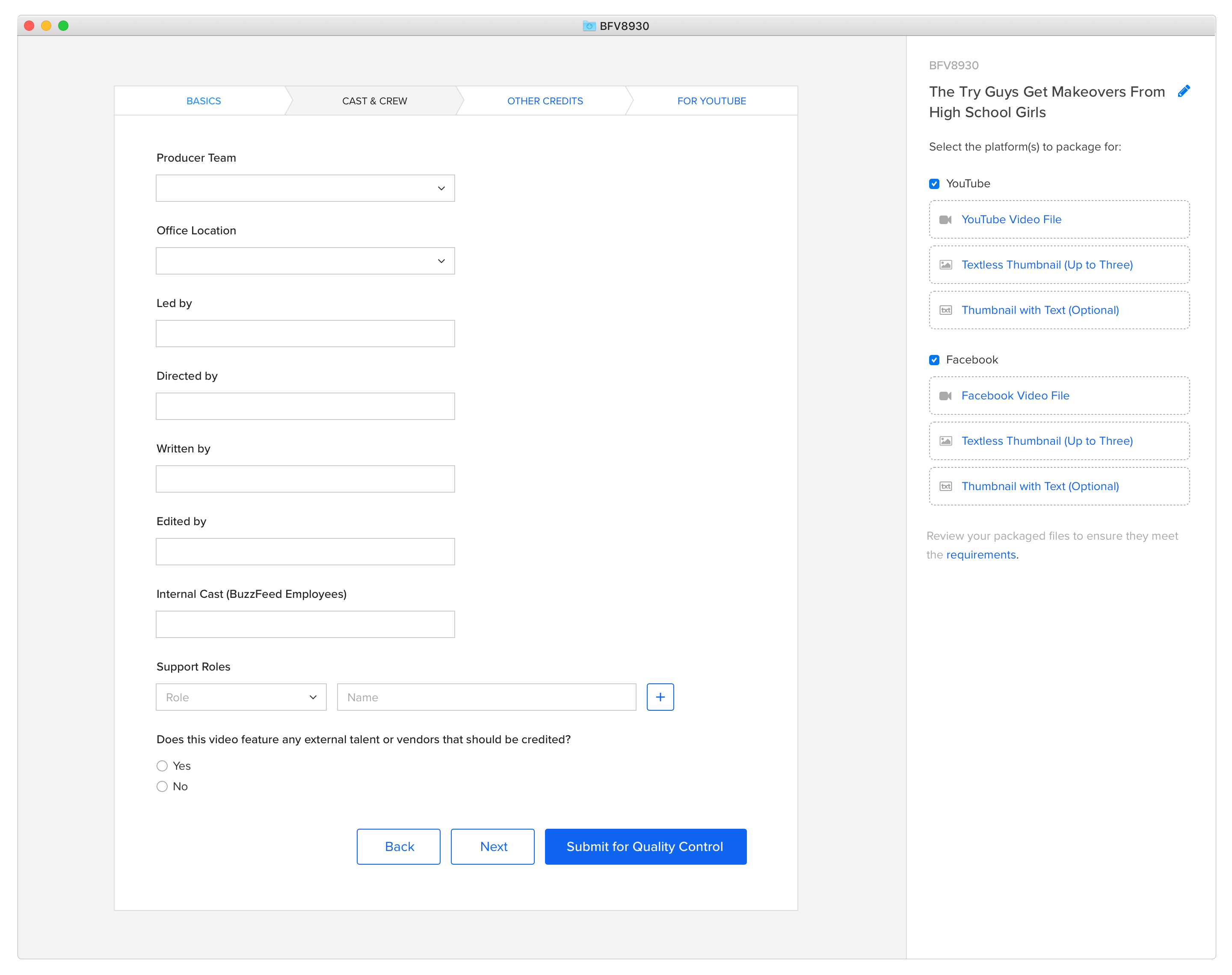 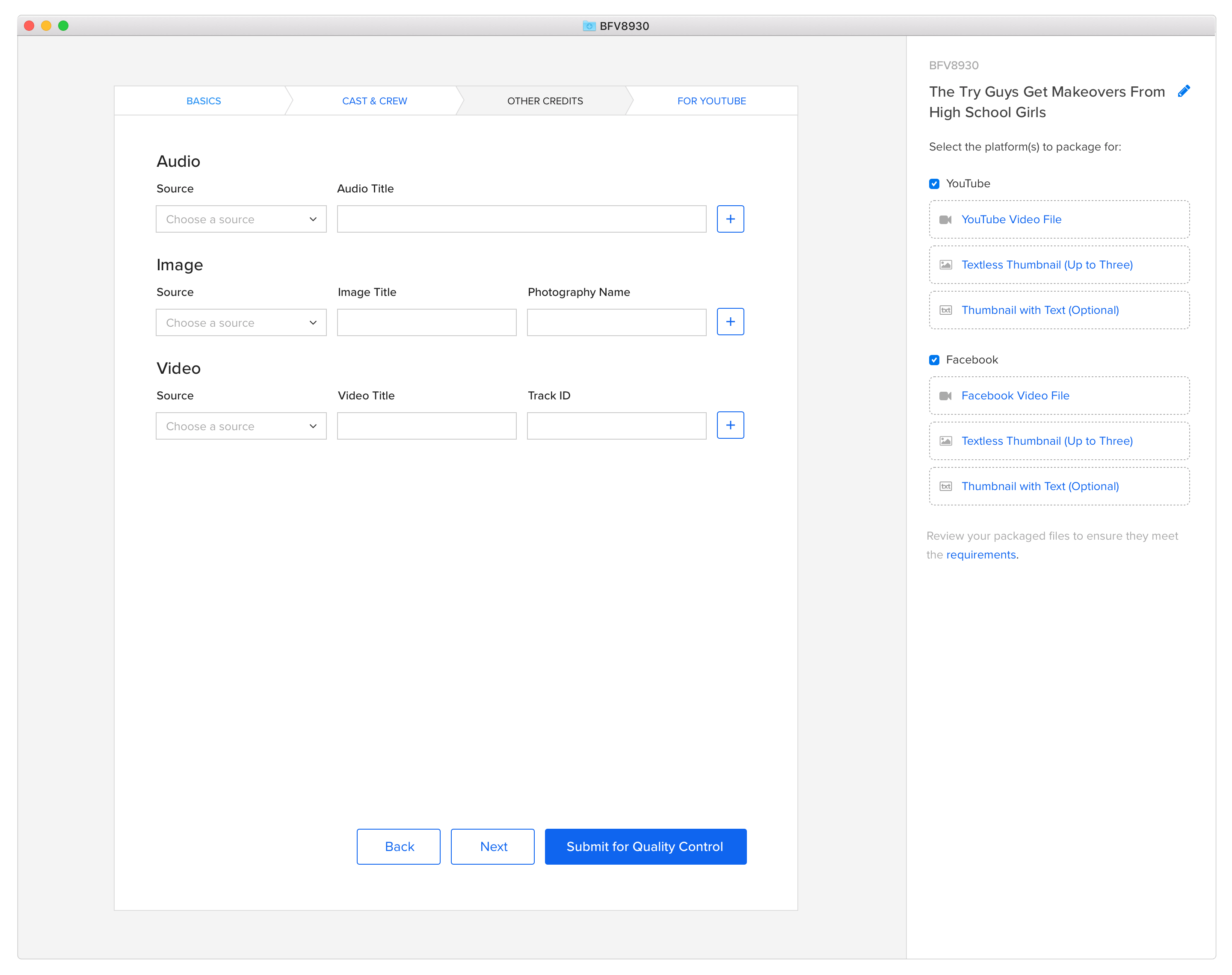 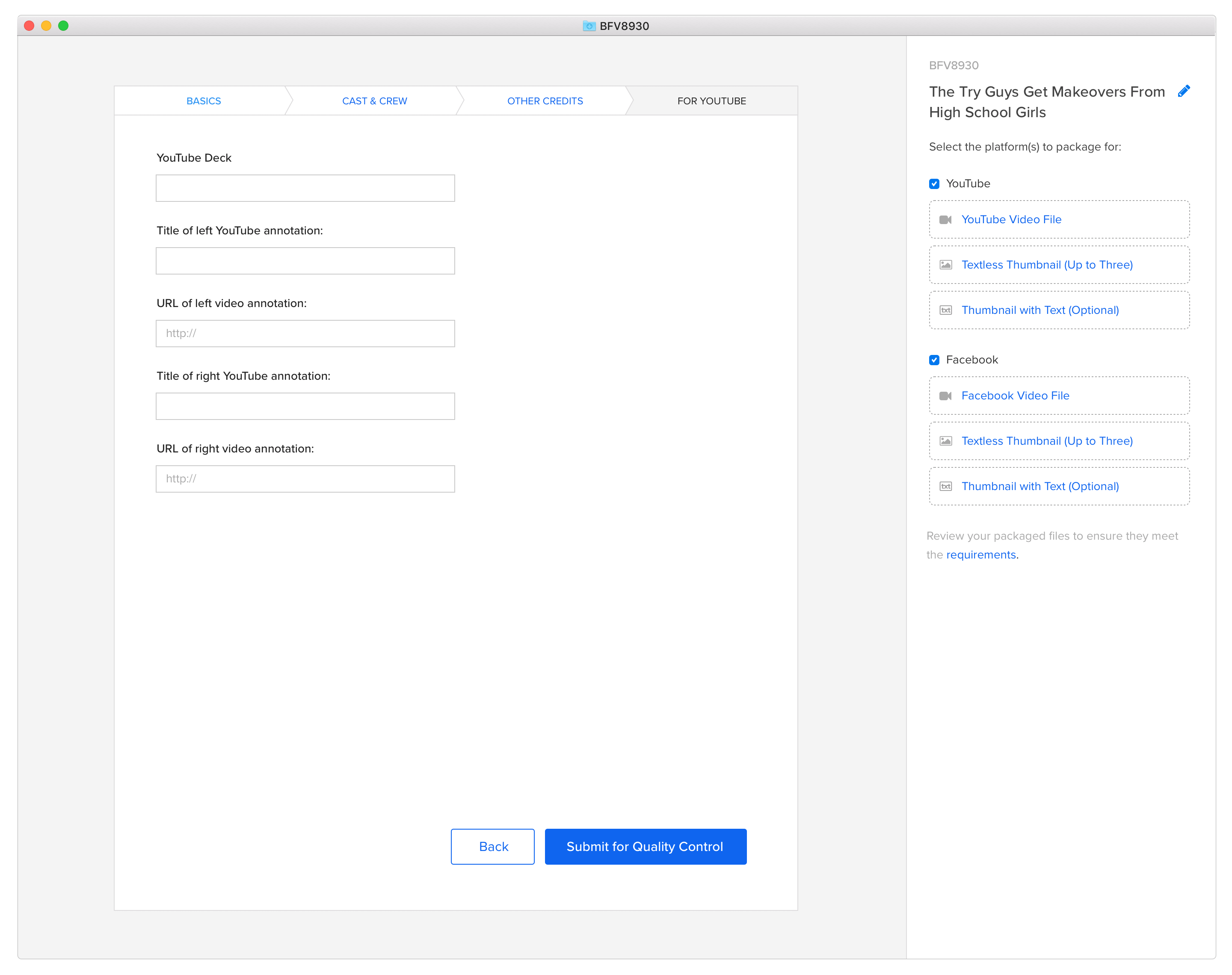 Because this project was an internal tool, I can not share details publicly. 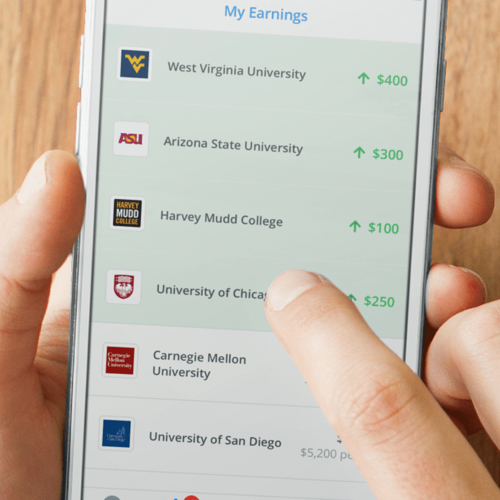 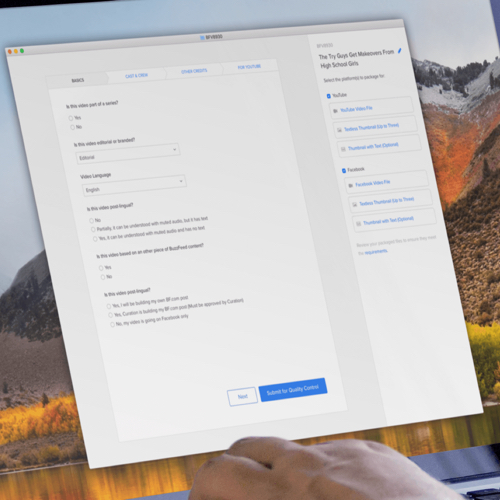 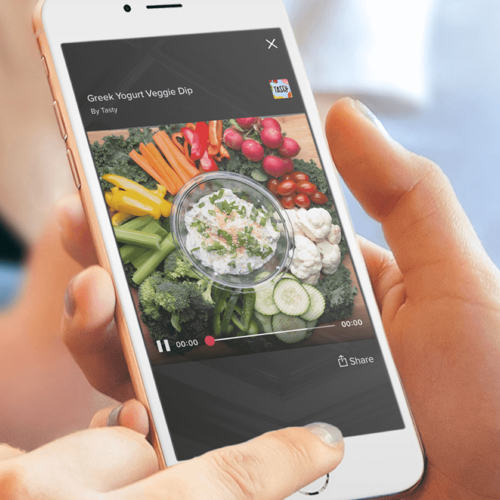